How One College Decided to Focus on Its First-Gen Students 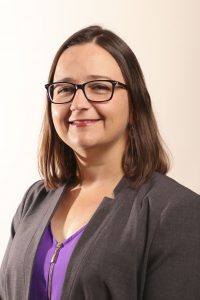 “Please, don’t get married so young.”

These were the last words Lindsy Orozco-Diaz’s grandfather said to her during her family’s final visit with her grandparents in Mexico in 2018. Blas Orozco knew his granddaughter had big dreams and goals. He didn’t want her to continue the same cycle that had repeated in their family generation after generation.

College is complicated. Bursar. Registrar. FAFSA. Prerequisites. Credit hours. The jargon alone is difficult to understand. Then add in admission requirements, enrollment processes and financial aid forms, and applying to college can be overwhelming to anybody.

For many new college students, their family members’ previous college experience can provide a starting point. However, for students whose parents haven’t completed a bachelor’s degree – the first-generation college students – the lack of familial college knowledge creates a barrier to earning their degrees.

Orozco-Diaz is a first-generation college student who lives in Naples, Florida. Her father, Tomas Orozco, briefly went to college in Mexico. However, his parents could afford only tuition, and nothing else. Orozco didn’t have money to eat, and he eventually dropped out to work as a rancher with his father. Orozco-Diaz’s two older half-brothers also briefly attended college, but they left school early to help support their mother after their father died.

While Orozco-Diaz’s parents provided financial and emotional support to attend college, they couldn’t help her through the application process.

Orozco-Diaz was on her own in understanding and applying to colleges. She searched YouTube videos, asked her friends for advice and called the colleges she was interested in to ask for guidance. Her high school guidance counselor helped her apply for scholarships, and Orozco-Diaz spent hours researching and creating individual binders for each college she applied to with everything needed for her applications.

“It looked like I knew what I was doing, even though I didn’t, and my parents would ask why I was doing all of this work just to get into college,” Orozco-Diaz said. “The experience was difficult, but it helped make me more independent.”

Orozco-Diaz’s experience as a first-generation college student is just one of thousands at Florida SouthWestern State College (FSW) and other colleges across the United States.

“If you don’t grow up in a household that typically talks about college as an experience or an option, you’re likely not going to have the knowledge or the accessibility to get a college degree,” said Dr. Michele Yovanovich, vice provost for FSW student affairs. “First-gen families often don’t understand the commitment it takes to go to college.”

With more than 50% of FSW’s students identifying as first-generation, the college recognized the need to better guide these students through their experience. So it created the First-Gen Committee to help transition and get first-generation students up to speed quickly.

One of its major goals was to tackle resource literacy.

“Higher ed is very jargony,” said Catherine Cordova, associate director for new student programming and First-Gen Committee co-lead. “First-generation college students often don’t have the resource literacy or understand the language used on college campuses. They’re also not familiar with the support resources that are available to them.”

In response, the committee created a more in-depth orientation and on-boarding process for new students, which included more explanation of common college terms, like registrar and bursar, and provided additional focus on learning resources and academic support.

The committee also partnered with two local universities to create a First-Generation Celebration event. The virtual event featured panels of guest speakers including college alumni, faculty and staff who were first-generation students. They shared their experiences and offered guidance on where to go for help.

“Role models are important,” said Mayo Coates, student success adviser and First-Gen Committee co-lead. “Seeing ourselves in someone else empowers us, and when college officials can demystify the information, it makes the process more accessible and easier to understand.”

“Faculty need to have sensitivity and the knowledge that this type of learning environment is a brand-new experience for these students,” she said.

The college is also piloting FSW Anchors, a student success program designed to improve the retention and graduation rates of students from first-generation, limited-income and historically underrepresented populations through mentoring, workshops and regular communication.

Through its increased focus on first-generation students, FSW has been recognized as a First-Gen Forward Institution by the Center for First-generation Student Success, an initiative of the National Association of Student Personnel Administrators and the Suder Foundation, which is devoted to increasing the graduation rates of first-generation college students.

“(First-generation college students) may come to us with lower rates of college readiness, but they are also persistent, independent, motivated and have higher self-efficacy,” Cordova said.

On Her Way to Graduation

In the midst of the pandemic’s early days in 2020, Orozco-Diaz powered through her prerequisite classes. However, after a difficult week of anatomy and chemistry exams, she received news from her father: Her grandfather had died.

Orozco-Diaz is keeping the promise she made on their final day together. After completing her prerequisites with the required GPA, she was accepted into FSW’s cardiovascular technology program. She’s scheduled to complete her associate degree in 2023. After, she plans to earn her bachelor’s degree in cardiopulmonary sciences at FSW.

“My parents tell me they’re proud of me all the time, and I know my grandfather is, too,” Orozco-Diaz said. “I carry him with me in everything I do.”

Jennifer R. Young is the media coordinator in the marketing and media department at Florida SouthWestern State College. (Editor’s Note: This article first appeared in the January issue of CC Daily.)