Taking a Chance Pays Off

Pass a bond proposal in the middle of a pandemic?

When my president told me that she and our Board of Trustees were thinking about doing just that, my first reaction was “You have got to be kidding!”

But the more I thought about it, I realized that this was either crazy or it was brilliant.

The reason our trustees were thinking about a bond election was simple: Some of the buildings on our campus were built in the 1950s. A recent study conducted by an architectural engineering firm as part of our master planning process determined that it would be more expensive to renovate these buildings than to tear them down and build new ones. We also have some newer buildings that desperately need to be expanded to accommodate growing programs, such as our health professions programs.

Our leadership team knew that both our local school district and the city planned to put bond proposals on the ballot in 2022. So our options were to get something on the ballot immediately or wait two more years – which meant construction would not even start for at least three more years.

Before making a final decision, the board hired a consulting firm to conduct a survey of local residents to gauge support for the bond. In addition to asking about supporting a bond in general, the survey asked voters the maximum amount they would be willing to approve for a bond. 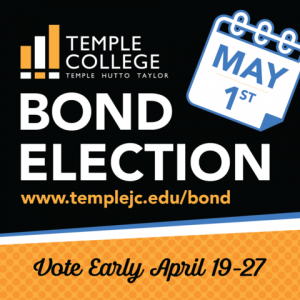 The results of the survey were positive, so in February, the board decided to move forward with getting the bond proposal on the ballot for the May 1 elections. 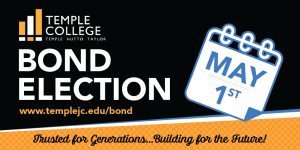 The survey helped us learn what language resonated best with voters. We also were fortunate to have the support of our local Chamber of Commerce as well as a citizen-led political action committee that did the promotional legwork we were prohibited from doing. Our president did numerous media interviews via Zoom and had a busy schedule of informational presentations to local civic groups.

In the end, the bond passed with 55 percent of the vote – almost exactly the same as our survey had predicted it might.

The moral of this story? Sometimes it pays to be bold!