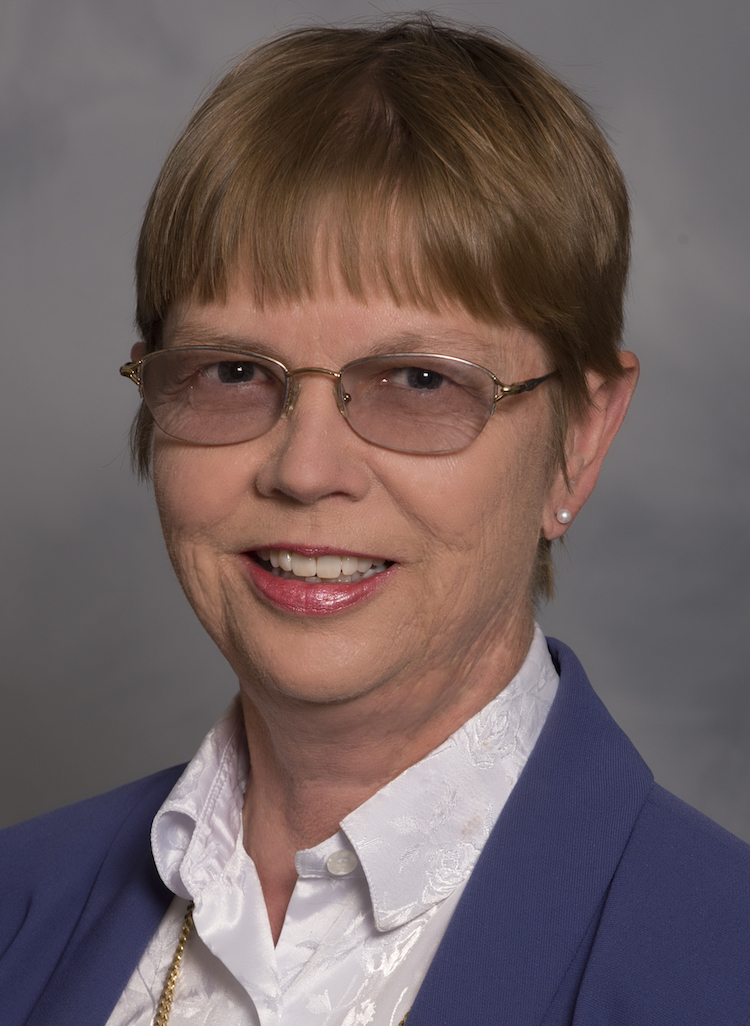 If you saw a bright orange box with a photo of an athlete on it, you’d know even without seeing the name that it was Wheaties cereal. If you saw the distinctive swish logo on a pair of sneakers, you wouldn’t need the name to know Nike made those shoes.

At the Grossmont-Cuyamaca Community College District in eastern San Diego County, California, we wanted that same level of branded marketing for our two colleges. We wanted to develop a campaign that was so distinctive that when people saw or heard our ads, they would start to recognize our colleges even before we told them the name.

We had never done that before. Grossmont College had an extensive advertising budget and for years had been creating its own marketing campaigns. Cuyamaca College, because of funding issues, had done virtually no advertising. And the college district had a limited budget to do joint marketing promoting both colleges.

When improved state funding meant both colleges were scrambling to increase their enrollments, the district was given additional funds to market the colleges, beginning in summer 2016.

First, we developed a slogan, “We’re Here For You,” that we used on all of our marketing. Fortunately, we’d recently hired a talented graphic artist, Kerri Ewing, who is also an expert in social media and digital marketing. We held photo shoots on both campuses, where students could have their photos taken in exchange for a $5 Starbucks card. The students loved the idea of being part of the campaign and had a blast getting photographed.

Our campaign featured bright green and blue colors to align with our district colors, along with photos of our students. Our campaign had numerous components, including:

•    bus wraps that covered half of a city bus along with ads along the side of the bus;
•    Facebook and Instagram ads;
•    a postcard that went to students who had recently attended the     colleges;
•    Google ads;
•    emails to 100,000 residents in our service area; and
•    ads in the San Diego State University newspaper urging their students to take summer classes. 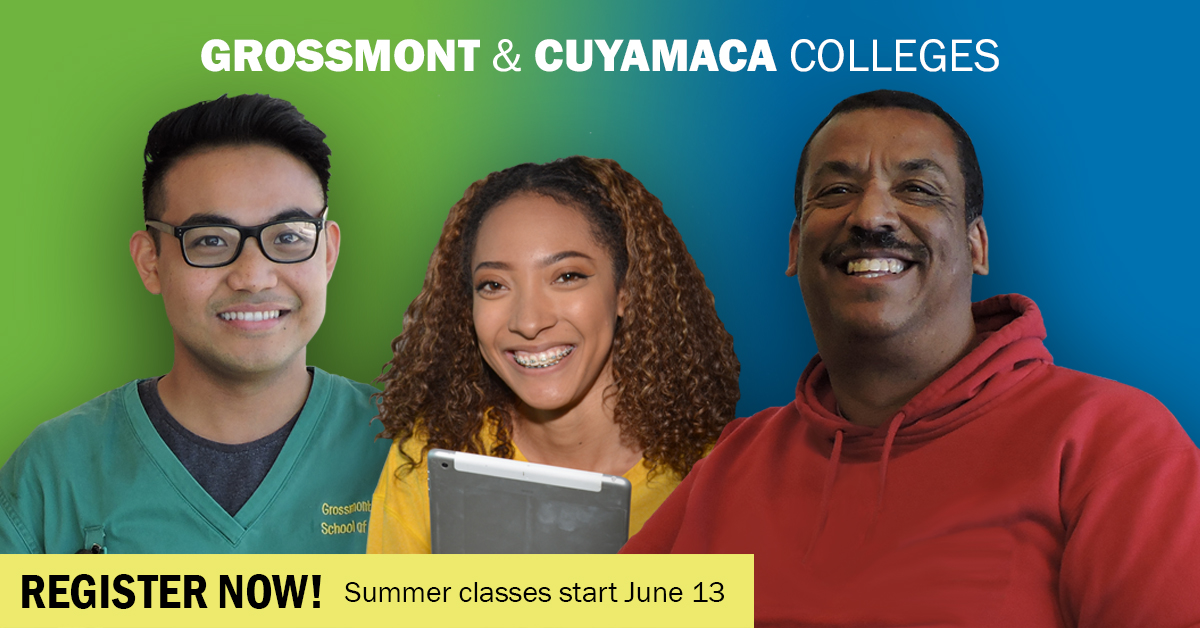 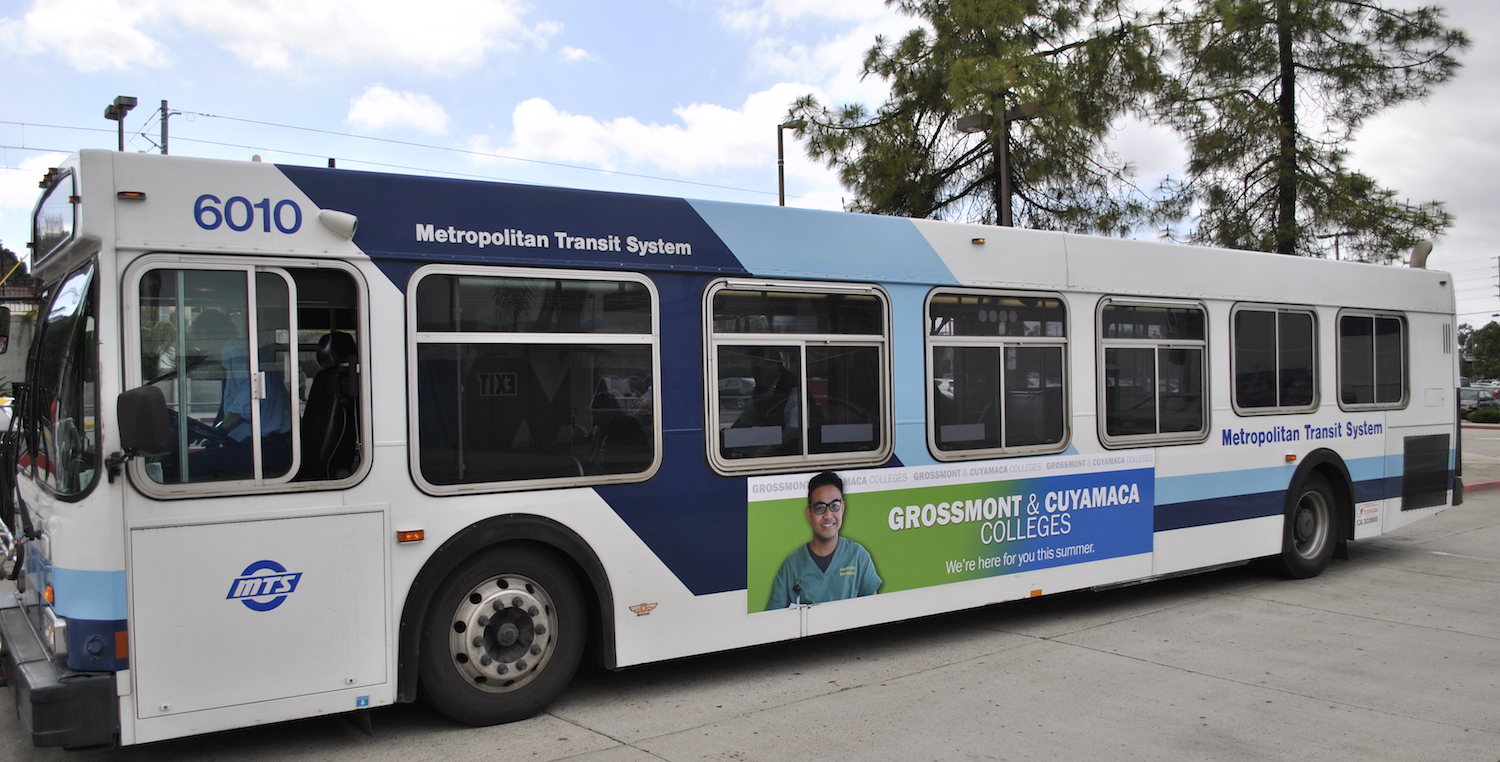 We tied it all back to a landing page on our district website, www.gcccd.edu/now, so that potential students had one place where they could find both college catalogs, along with links to enrolling and financial aid.

The results were impressive. The social media ads reached more than 236,000 people and generated almost 18,000 website clicks. The Google ads had more than 80,000 impressions and resulted in more than 3,000 clicks, while the email generated about 2,500 clicks. Both colleges reported increases in enrollment from the previous year, including a 23 percent increase at Cuyamaca College.

Best of all, the colleges saw the advantages of creating one branded marketing campaign that was mutually beneficial. We’re now expanding our marketing efforts for the 2016-17 academic year. When our colleges are looking for marketing support, we tell them, “We’re here for you.”

Anne Krueger is the communications and public information director for the Grossmont-Cuyamaca Community College District in El Cajon, California.