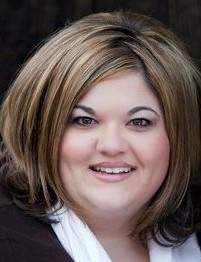 As the director of marketing and public relations at Southeast Kentucky Community & Technical College (SKCTC), I’m often at events with camera in tow ready to record special moments. Graduation day is one of the highlights of the year. There’s nothing I love more than capturing great shots of happy graduates and proud families.

That was how I met Brianna Massengill.

As the commencement processional music began, college administration and faculty entered first, clothed in elaborate regalia. Graduates followed, adorned in blue robes and graduation caps. Both groups were so important, and each was worthy of being the center of my camera lens.

But what caught my eye was a young lady seated in the third row. She was happy – a little nervous, maybe. But it was clear she felt accomplished. And she had that right. This was her college graduation.

As the ceremony continued, I heard the faint cry of a child.  As I turned my head, I saw a family trying to calm a young boy who was becoming restless. As a mother, I fully understand how quickly children lose interest, so it was nothing out of the ordinary. But what happened next is what caught me off guard.

“Mommy. Mommy!” he called as he darted down the bleachers and made his way to the group of graduates. The young lady seated in the third row turned her head. With one move she scooped up the little boy and sat him on her lap. 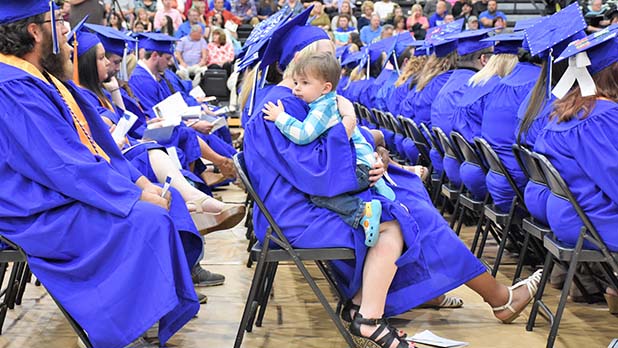 I watched as he hugged her, stroked her hair and even kissed her on the cheek. She held him close, with his arm wrapped tightly around her neck. In a gymnasium full of hundreds of people, they shared a special moment, just the two of them.

I lifted my camera and snapped picture after picture. I was drawn to this young woman, this mother, now holding her child as she waited to receive her college degree.

I spent hours after graduation going through countless photographs. When I came to the photograph of the mother and son, the image took my breath away. I couldn’t help but believe that this single photograph summed up in one frame what community colleges represent. I knew I had to find this young lady and share her story.

Brianna Massengill, a 26-year-old, considered herself to be a nontraditional student. In earlier years, she’d tried college, but it wasn’t for her. “Then one day something clicked, and I wanted to go back to college,” Brianna said. “It was like I had a sudden burst of inspiration. It was then I knew I could do it.”

That motivation led Brianna to Southeast. “It was close to home and affordable. By choosing Southeast, I was able to take all of my classes online.” This flexibility allowed Brianna to complete assignments at her pace, whether it was after work, after dinner or after the baby was asleep.

Did Brianna have struggles? Absolutely. Did she make sacrifices? You bet. Like most community college students, Brianna had responsibilities. But those demands didn’t hold her back.

“I had to stay disciplined and organized,” Brianna confessed.  “But it was worth it. I knew I wanted to give my son a better life and a chance at a better future. Southeast was the answer.”

“If I can do this, others can too. Being a mom and student was hard, but I did it,” she added.

Brianna earned her associate degree from SKCTC but says she isn’t finished with college. This fall, she plans to pursue a bachelor’s degree in business.

Tiffany B. Scott is the director of marketing and public relations at Southeast Kentucky Community & Technical College.