DEI Is Good For NCMPR 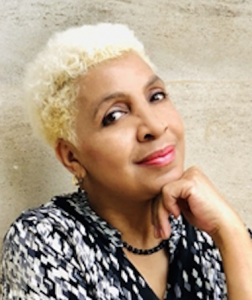 Type the word “diversity” into the search area at higheredjobs.com and you’ll find 27 available listings at two-year colleges. The variety of positions is wide and multileveled. There’s a listing for a diversity-and-inclusion coordinator at a Michigan two-year college, three separate listings for liaisons to the local African-American, Asian/Pacific Islander and Indian (India) communities at a Mississippi two-year college, and a Chief Diversity Officer (CDO) position at a New Jersey two-year college.

Among the nation’s four-year institutions, the number of positions related to diversity is even more expansive and robust. There are 227 open positions, according to higheredjobs.com, at institutions in every corner of the country.

Hiring diversity, equity and inclusion (DEI) positions was once considered another name for affirmative action, which leaned on leadership to give a seat at the head table to minorities at the highest reaches of an institution. Today, DEI positions are viewed much more favorably as an important and integral role in the higher-education landscape in 2021, according to Diversity Officer Magazine.

Diversity employees are needed to help fulfill the DEI goals of their respective institutions. They must be well versed in Title IX laws and protocols, and speak strongly up when the opportunity arises for their employers to be inclusive of people and ideas of diverse backgrounds and beliefs in the institution’s everyday practices and culture.

Which brings me to NCMPR, and why I am especially proud that our group also is doing the same thing: We’re making diversity, equity and inclusion a front-and-center mission and goal.

NCMPR’s new DEI committee was born out of the nation’s fervent call for social justice in 2020. In response to the police killing of George Floyd, NCMPR’s leadership wanted to provide more than lip service to the call to end systemic racism that affects all areas of American life, particularly among the two-year college students and communities we serve. NCMPR’s best and most-realistic option would be a DEI committee charged with developing ways to infuse diversity into our own assemblage of two-year college marketers.

What is especially good about NCMPR’s DEI committee is its own diversity and intensive focus on the matter at hand. This committee has members from all over the nation. There are members from small, medium and large two-year colleges. And it seems these members want to enact change not just because it’s good for their colleges, but because it’s the right thing to do for humanity.

Good things lie ahead for NCMPR’s DEI efforts and its new committee. A short list of efforts to keep an eye on: Recognition of those who use diversity in their marketing and advertising; the development of a student diversity mentoring program; or perhaps a diversity track within our Leadership Institute. The point is NCMPR’s DEI committee members recognize that diversity just doesn’t happen by accident; you have to want it. It takes thought, work, planning, collaboration, intention and time.

Personally, as a woman of color, I believe we are turning a corner at the right time for the right reasons. And it is thrilling to see. NCMPR may even see future diversity officers in higher education spring from its own ranks. That would be a great legacy to have created from an organization with as extensive a history of excellence as ours.

NCMPR’s DEI committee is chaired by the president of NCMPR, who is currently Juan Gutierrez. Co-chair Debra McGaughey, NCMPR’s vice president/president-elect, will become the chair once she assumes the role of president. The committee currently has 17 members representing each of NCMPR’s seven districts.

This post is the first in an occasional series from DEI committee members that will highlight issues of diversity, equity and inclusion.