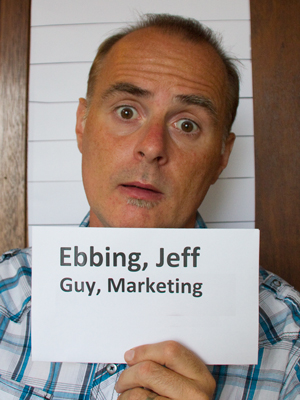 When I was 3, my parents bought our first house. It was the most 1973 you could pack under one roof, a chocolate-brown split-level with wall-to-wall shag carpet, avocado green appliances, a harvest gold toilet and tub, and a rec room with a hi-fi console stereo and rough-hewn wood paneling. Dy-no-mite!

However, the house had a major flaw. No, it wasn’t built on an Indian burial ground.

There was no fireplace.

Why would a 3-year-old Marketing Guy get so hung up on the absence of a fireplace? Answer: No chimney.

Do I have to spell everything out for you? If you don’t have a chimney, how in the H-E-double-candy-canes can Santa come?

When I posed this question to my dad, he was quick on the draw. That’s OK. We’ll just leave the front door unlocked. He’ll get in that way.

The front door? Are you serious? Where’s the magic in that?

I was not convinced. That’s not how Santa rolls. He always comes down the chimney.

It was certainly logical that he would use the door, but it went against my internal narrative. No book I ever read said anything about Santa using the front door. That just sounded so, so normal.

Before going to bed Christmas Eve, I stood at the top of the steps and watched with my own eyes as dad double-checked that the door wasn’t locked.

Suffice to say I did not sleep well that night.

I woke up Christmas morning afraid to get out of bed for fear my worst nightmare would be realized – a Christmas tree with nary a gift beneath the boughs in a cold, lonely rec room bereft of even the slightest holiday cheer.

After what seemed like hours of agonizing contemplation, I mustered enough courage to venture down the hallway. Halfway toward the rec room, I began to hear Bing Crosby and David Bowie singing from the console hi-fi, “Come they told me, pa-rum-pa-pum-pum.”

At that instant, all my fears evaporated and I ran full sprint into a magical rec room bursting with boxes and bows and tinsel and Christmas cheer. Santa did use the door! He didn’t need a chimney after all. 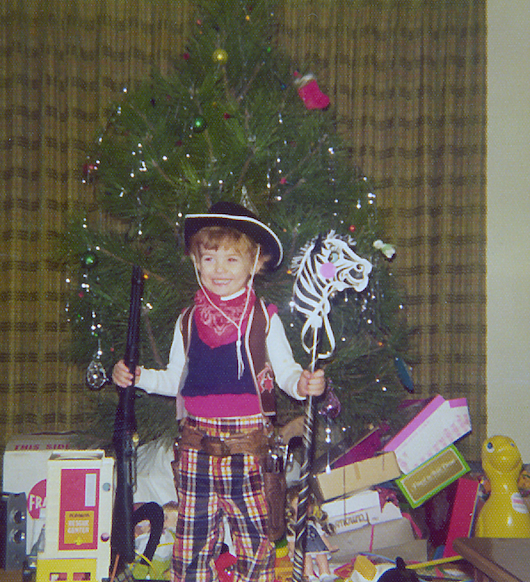 All was right in the world once again. My anxiety was soothed. Christmas joy restored.

So what does Santa have to do with community college marketing?

Three-year-olds aren’t the only ones who hold onto preconceptions stronger than they can embrace logic.

Any one of us worth a salt can mindlessly spew countless data points, statistics and case studies about how community colleges are the bee’s knees. You can even be the god of infographics and make the most compelling information look wicked-sexy, but they usually don’t mean a thing.

In the art of persuasion, facts rarely matter. It’s all about the story.

For many potential students, community colleges are like my childhood house. They don’t look quite right. There’s something missing.

It might be that we’re not a “real” college, or maybe it’s that program they swear we don’t have. Sometimes it’s that one story the neighbor heard about that bad instructor who taught that one class. You know the one.

Do they know how silly they sound? They’ve got it all wrong. Yes, we have that program. Of course our classes transfer. Lots of people are afraid of public speaking.

But at the core, it’s often a deep-seeded self-doubt or fear of the unknown. Will they like it? Can they do it?

Like my dad, all we can do is answer their questions and calm their fears. We have to help them work through their own story and reassure them that everything will be ok.

Eventually some of these students get courage enough to trust us and embark on their journey. As they venture down our hallways, they start to see the same thing I did. It may not be boxes and bows and David Bowie, but it’s no less magical.

They get to know us and start taking ownership of their education and cozy up to their new world. How they used to feel melts away. Soon they can’t believe what kept them from coming in the first place. It was a silly fear that they got all worked up about for no reason.

The answer is only obvious once you find it. Everybody knows that. Just ask me.

Of course Santa uses the door. I never doubted it for a minute.

Jeff Ebbing is director of marketing and communications (a.k.a. the marketing guy) at Southeastern Community College in West Burlington, Iowa. He likes music, mustard and a good laugh. Oh, and if you’ve read his bio this far, you deserve this little Christmas gift: http://bit.ly/1e8b343