One of the things I like most about NCMPR conferences – besides receiving hyper-relevant content and meeting awesome colleagues – is that they give you the chance to visit great American cities, something not every association offers. This year as president, I feel especially blessed. San Diego was the perfect beginning to my tour of the seven districts.

Stepping into San Diego was the equivalent to stepping into a postcard. The ingenious District 6 executive team and conference planners chose the glorious Kona Kai Resort as the site for two-and-a-half days of inspiration and camaraderie. Located right on the marina, dotted with palm trees swaying and buffered by warm island breezes, the site was the perfect backdrop for brilliant presentations. 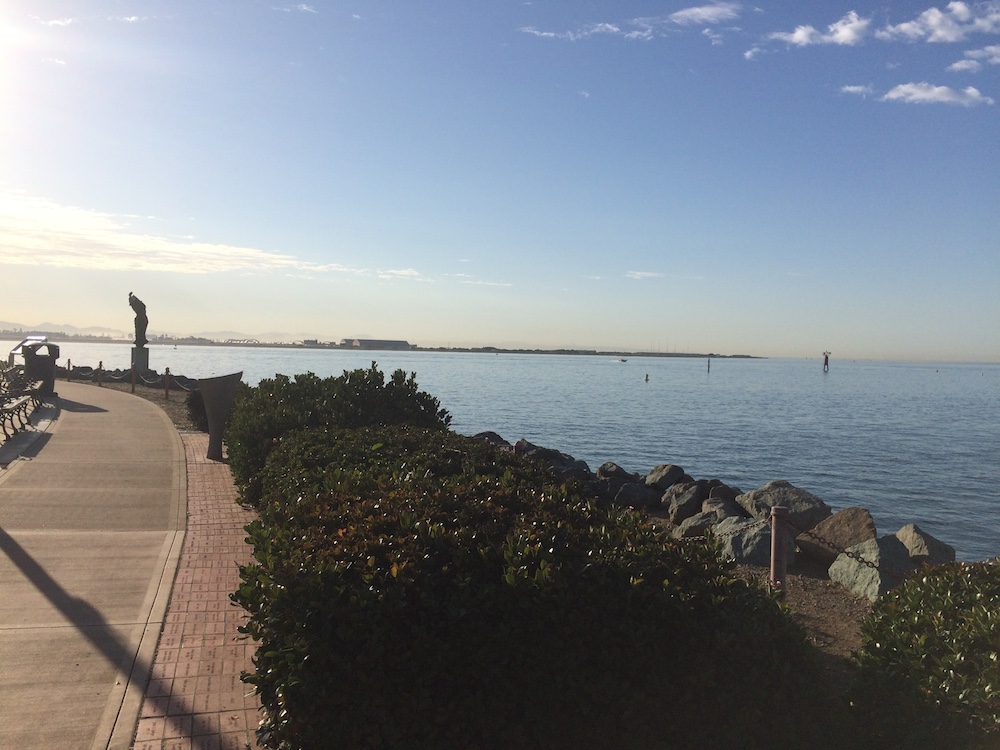 Taking a cue from San Diego’s nearby Comic-Con festival, the theme was “Superheroes.” Naturally, District 6 Director Juan Gutierrez greeted me with a Super Girl mask and cape, which, of course, I took to right away. It was soon revealed, however, that these D6 communicators had no need for costumes. With a lineup of stellar presentations, there was plenty of inspiration for leaping tall (campus) buildings with single bounds. 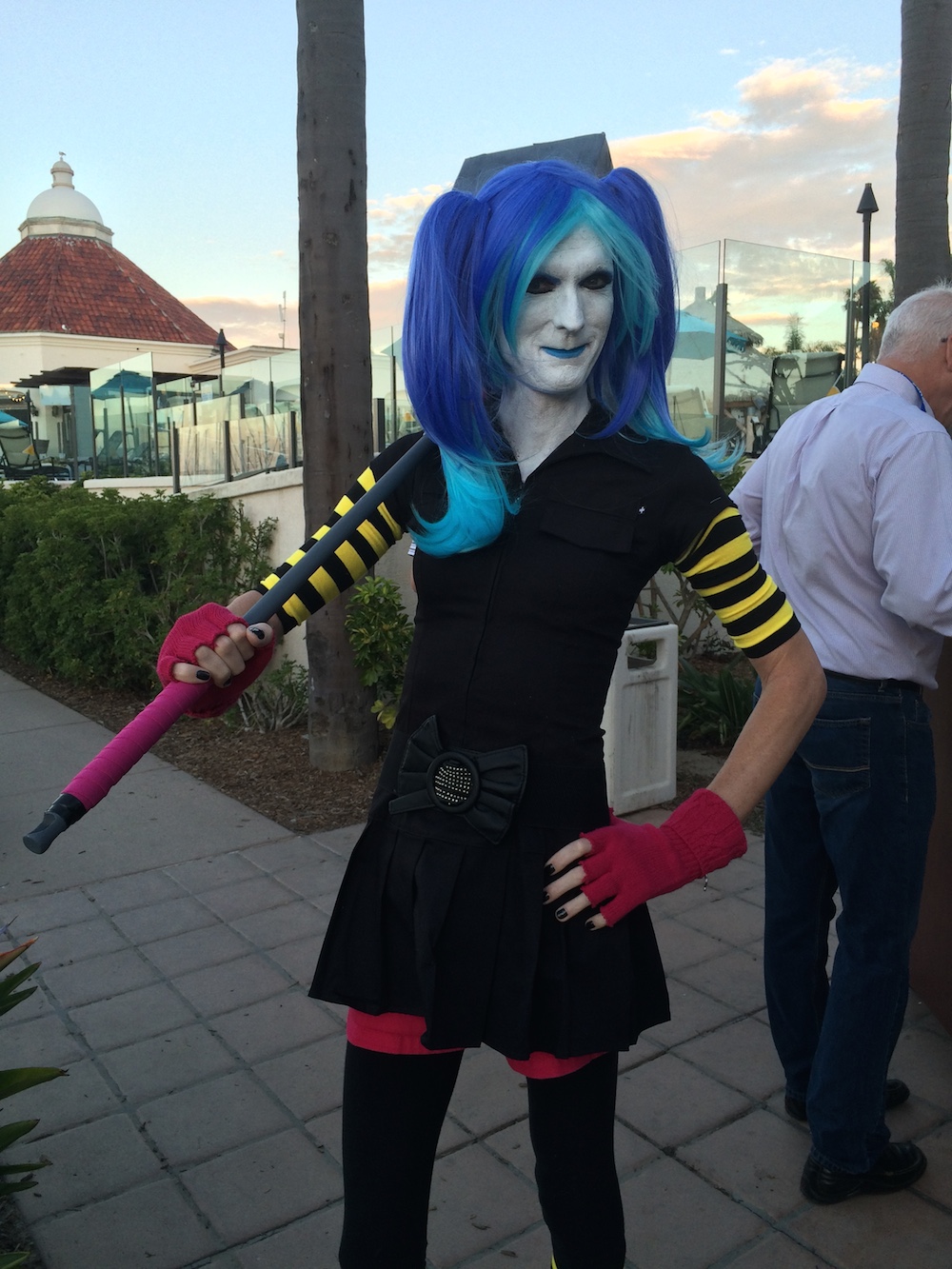 Here are some highlights:

The conference opened with a keynote from Alan Daly, professor and chair of the Department of Education Studies at the University of California, San Diego. Alan demonstrated the importance of networks with one of the most innovative presentations I’ve ever seen. The technology he is working on diagrams, in real time, networks of people communicating with one another via Twitter (picture a constellation map, unfolding before your eyes). Alan contends that rather than considering the number of likes as a marker for the effectiveness of our campaigns, it’s actually more powerful to consider who is liking our campaigns, and the value highly networked people bring when they notice our social media. Interesting!

Other roundtables and breakouts included presentations like “Rebel Yell: Changing a Controversial Athletic Identity”; “How Marketing Noncredit Programs Can Bridge the Equity Gap”; “The Dynamics and Dependability of a Decentralized Social Media Team”; “Navy Seal Video Production”; and “Marketing in Today’s Digital World.” D6 even brought in a keynote speaker from the site of Comic-Con, the San Diego Convention Center, who shared what it was like to market an international creative phenomenon each year.

Lunch on the marina deck provided a beautiful setting when it was time to honor District 6 Pacesetter Dr. Dianne Van Hook (Santa Clarita Community College District-College of the Canyons), Rising Star Chelsea Salisbury (North Orange County Community College District-School of Continuing Education), and Communicator Frankie Eliptico (Northern Marianas College). I found Frankie’s story to be especially inspiring. As the PIO of Northern Marianas College (located in the Micronesia island region near Guam), Frankie witnessed the destruction of 19 out of 21 campus buildings when a hurricane devastated most of the city. I know sometimes as communicators we have to operate when it seems like the very roof is caving in. Here is a fellow communicator who literally had to do that. In fact, many of his college’s buildings STILL don’t have roofs, and yet the students are determined to continue their studies to edge closer to their dreams. How inspiring is that?

The conference’s closing keynote had me hanging on every word. Picture this: You come up with an innovative new logo to represent your college. You test it in focus groups and get administrative buy-in. You roll it out with fresh creative and for one full year, all is well – until a backlash arises that includes death threats. This was the story shared by Vanessa Correo, creative director at the University of California, about when her office rolled out a new mark that simply aimed to build a unified district brand, not to take the place of current college logos within the UC system. Yet a rampant misunderstanding that everything from football helmets to building signs was about to be overhauled sent the UC alumni base, deeply rooted in their traditions, into an absolute uproar. A furious, media-fueled debate about the logo ensued that even included the circulation of a national petition to remove the logo. Vanessa’s small, well-meaning team received the worst brunt of criticism you can imagine and has spent the last year slowly working out of it while still trying to advance the brand. You know, sometimes I’m envious of big universities and the resources they have at their disposal. This presentation reinforced that even long-standing institutions share the complexity of communicating within the world of higher education.

Which brings me to the District 6 Medallion Awards – or should I say Meeting of the League of Justice (Communicator Style).  Attendees were encouraged to sport their best superhero costumes and meet on the beach for a social hour kickoff. And because none of us can resist a creative challenge, prizes, or the chance to wear a cape, superheroes came out in full-force. But these weren’t just any group of superheroes. That evening the Kona Kai hosted the likes of “Word Wizard” (with the power to use words to wallop); “Command Z” (with the power to restore all); the “Ghost Writer Team” (you never see them, but suddenly you sound really good); “Bullet-Proof Girl” (crisis communication is no match); and the amazing winner, “CMYK Smash” (look out because cyan, magenta, yellow and black are coming your way). 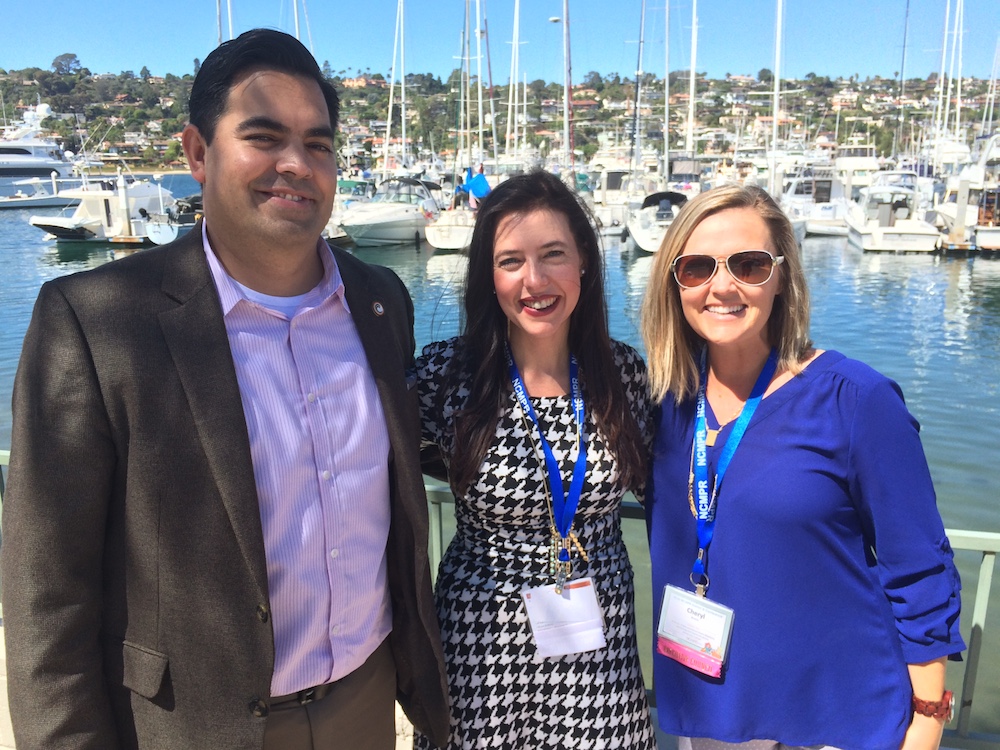 I want to thank Juan Gutierrez and his amazing executive team for the warm welcome and for putting together such a delightful conference. I left feeling fortified and just a tad more “super.” Co-workers, if I wear a cape to work this week, just know I’m connecting with my inner communication superpower.

Jennifer Boehmer is currently serving as president of NCMPR and is the associate director for strategic communications at Portland Community College in Oregon.