Through the miracle of technology, I’m writing this post as I sit 36,000 feet in the air on a plane bound from Minneapolis to Phoenix. That’s right, I’ve just said goodbye to my new pals in District 5 after three amazing days in the Midwest at the D5 conference.

I flew into Minneapolis a day early and was joined by my good friend and former NCMPR President Heather McDorman. When we checked into the hotel, I was surprised to see an indoor water park attached to the hotel. You could sit in the lobby and watch people float by on a lazy river. In my home state of California, water parks are outside so I was fascinated by the whole thing. 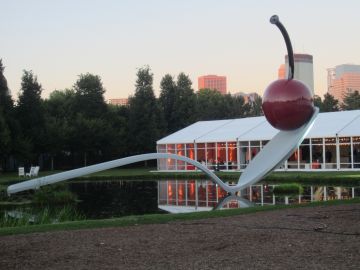 When I checked into my suite, I was excited to see a great view of the Minneapolis skyline from my balcony. Before I could get too comfortable, however, conference coordinator Erin Edlund picked Heather and me up for an early dinner at The Butcher and the Boar. After an amazing dinner, Erin treated us and fellow D5 superstar Shelia O’Connor to a custom two-hour tour of the Twin Cities. Our trip included a stop at Erin’s college, Dakota County Technical College, where we learned a small group of aliens inhabits the surrounding cornfields. 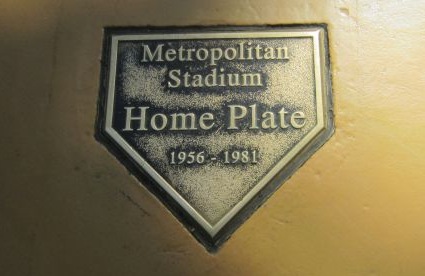 On Sunday afternoon, I had a chance to visit the (overwhelming) Mall of America. The most fascinating attraction for me was the plaque commemorating Metropolitan Stadium, former home of the Minnesota Twins, which once stood on the same grounds as the mall.

That evening, the conference opened with a keynote address from Michael Kraabel of Bolin Marketing. Michael shared his experience working on the Carmex Half-Court Hero Contest (seriously, Google it). As a result, the company’s social media presence exploded, and he learned some valuable lessons.

Other keynote speakers included Missy Bergen, better known as Marketing Mama, who helped us discover ways to build our personal brand, and David Albornoz, a multicultural marketing consultant. Eric Mische, executive director of the non-profit Spare Key, closed out the conference by sharing ways to stretch our marketing dollars as we compete with the likes of University of Phoenix.

Perhaps my favorite part of the conference was the 90-minute creativity session led by local author and educator Amy Monson. Amy’s interactive presentation involved Play-Doh, famous literary characters, charades and coloring books. I think it’s safe to say we all walked out of the room re-energized. 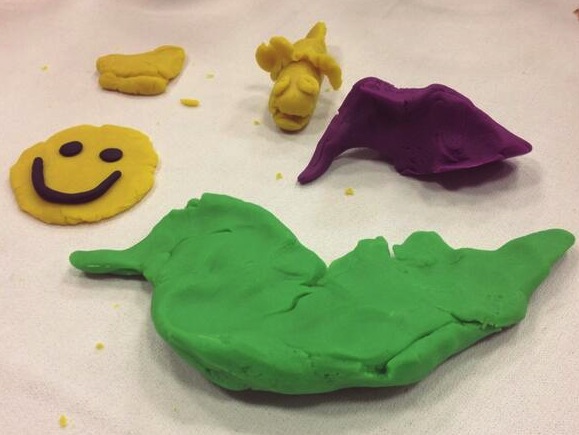 Expressing our creativity with Play-Doh 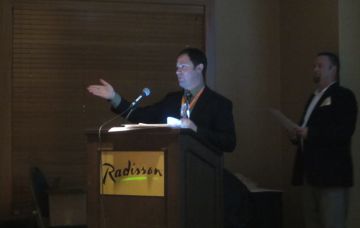 At the awards dinner, District 5’s Mat Gilderman had the distinct honor of being named NCMPR’s first Rising Star. This award, which recognizes up-and-comers in our field, was created in response to member feedback, and I am looking forward to meeting the six other winners. Kudos are also in order for Jeff Ebbing, D5 Communicator of the Year, and Dr. Devin Stephenson, D5 Pacesetter.

I’ll be honest District 5 set the bar high. Everyone made me feel so welcome, and I left Minneapolis with a new group of friends I can’t wait to reconnect with at the national conference in New Orleans. And seriously guys, don’t be surprised if I pop up at your conference in Iowa next year!

And now it’s off to 100-degree Phoenix, where I will be reunited with my District 6 compadres!

Andrea Hanstein is serving as president of NCMPR this year, and in this capacity she is traveling to all seven district conferences. Watch for her other blogs detailing her experiences as she hops from one end of the continent to the other.