A Simple Idea That Worked

I wanted to tell you about a fun thing we did recently at our college district that turned out well. I feel an obligation to pass this on to my NCMPR colleagues because I totally stole the idea from NCMPR.

Our foundation is trying to stay connected with our alumni, so it held an event called Grad Night in which recent graduates got to mingle at a downtown restaurant before going to a San Diego Padres baseball game. It was the first time we were having an event like this, so we wanted it to be a big success.

I was trying to think of some way to get more interesting photos rather than just having people look into the camera. I remembered seeing photos from NCMPR conferences where people held up a whiteboard with handwritten messages about why they like NCMPR. How about if we ask our recent graduates to tell us what they most like about their college?

We are a two-college district, so we created two whiteboards – I (HEART) Grossmont and I (HEART) Cuyamaca. I wasn’t sure what kind of answers I would get, but I thought I’d give it a shot.

It was a big hit! The grads loved having their photo taken, and I got an incredible range of answers. One nursing grad carefully crafted the letters for NURSING, topped by a drawing of a nurse’s hat. I went up to one student sitting in a group, and she named a favorite instructor. Three other students sitting nearby also liked the instructor and asked to be part of the photo. I sent the photo of the four of them to the instructor, and she was incredibly touched. She framed the picture to hang on her wall. 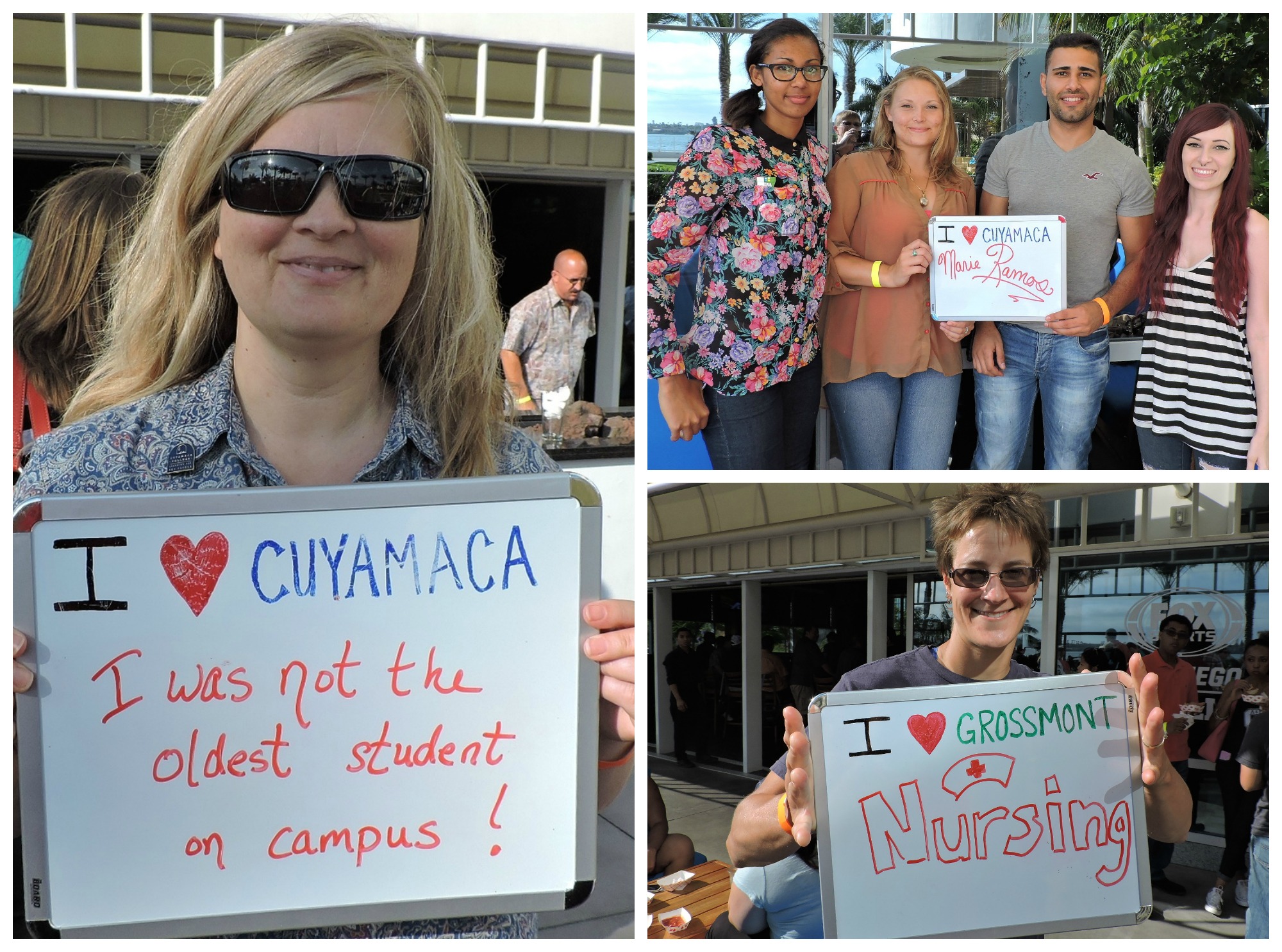 As word got out, grads were coming up to me asking to have their photo taken with a sign. One student said she felt welcomed even though she is older. Another named a club, and one said he enjoyed the range of cultures and ethnicities on campus.

We’ve used the photos in a variety of ways. I posted a few on our college Facebook pages, along with a gallery of photos on our district blog. They were included in a message from our chancellor, and our college presidents plan to show some of the photos at convocation. We’re also using them in our annual report.

It was a simple idea, and it cost just $5 to buy the whiteboards and markers. Sometimes the simple ideas are the best.

Anne Krueger is the communications and public information director for the Grossmont-Cuyamaca Community College District in El Cajon, California.