A Lesson in Marketing 101 from "The Hunger Games"

Earlier this month, I caught the newest installation of Katniss’ adventures in “The Hunger Games: Mockingjay, Part 1.” I expected to love the film, as I find her story fascinating and the previous two movies grabbing. I did not expect to find a lesson in Marketing 101.

Oh sure, the movie isn’t promoted that way, because who wants to go to the movies for a marketing lesson? But a good chunk of the film surrounds how (now would be a good time to insert a spoiler alert—if you don’t want to know anything about the movie, you should probably go read something else) Alma Coin, the president of the revolution, and her staff want to make Katniss its face. Those in the districts respect Katniss and find hope in her because of how she conducted herself in the final two Hunger Games. The revolution wants to harness that hope and energy.

So they put her in fancy combat gear, throw a flagpole in her hand, and write a script for her to recite at the camera. Editors digitally added a billowing flag and rubble-filled backdrop, and voila: Katniss became the face of the revolution.

Except it didn’t work right. She stood there, wooden. She sounded robotic. She looked confused. 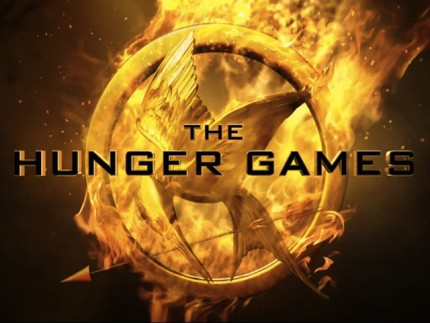 Despite the Coin’s best editors and marketing minds, they could not force a genuine reaction. As a result, their product was stilted. The commercial would inspire no one.

For round 2, the president hired a director and videographer team to follow Katniss into one of the destroyed districts. They caught her genuine reaction seeing the actual rubble, her face as she stepped into the makeshift hospital, her reaction to the patients, and eventually, her outrage when President Snow bombs the hospital.

Her words to the camera, now, are real. They are powerful. They’re the kind of words that inspire others to listen, to get mad, and to follow.

As someone who works in community college marketing, I don’t know that I want people to get mad per se, but the lesson of Katniss and the Revolution is one that we should always keep in mind: It can be easy to throw together something insincere because the storyline we want to tell fits into the mold we’ve shaped ourselves. We can create, for example, a Jane Every Student and craft the story we want her to have.

But often—in fact, most times—something genuine and real is going to resonate much more powerfully with our audience.