50 FORWARD! Looking back on an anniversary year 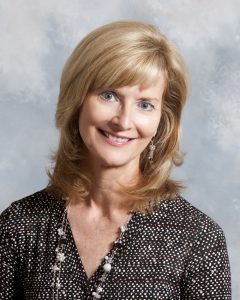 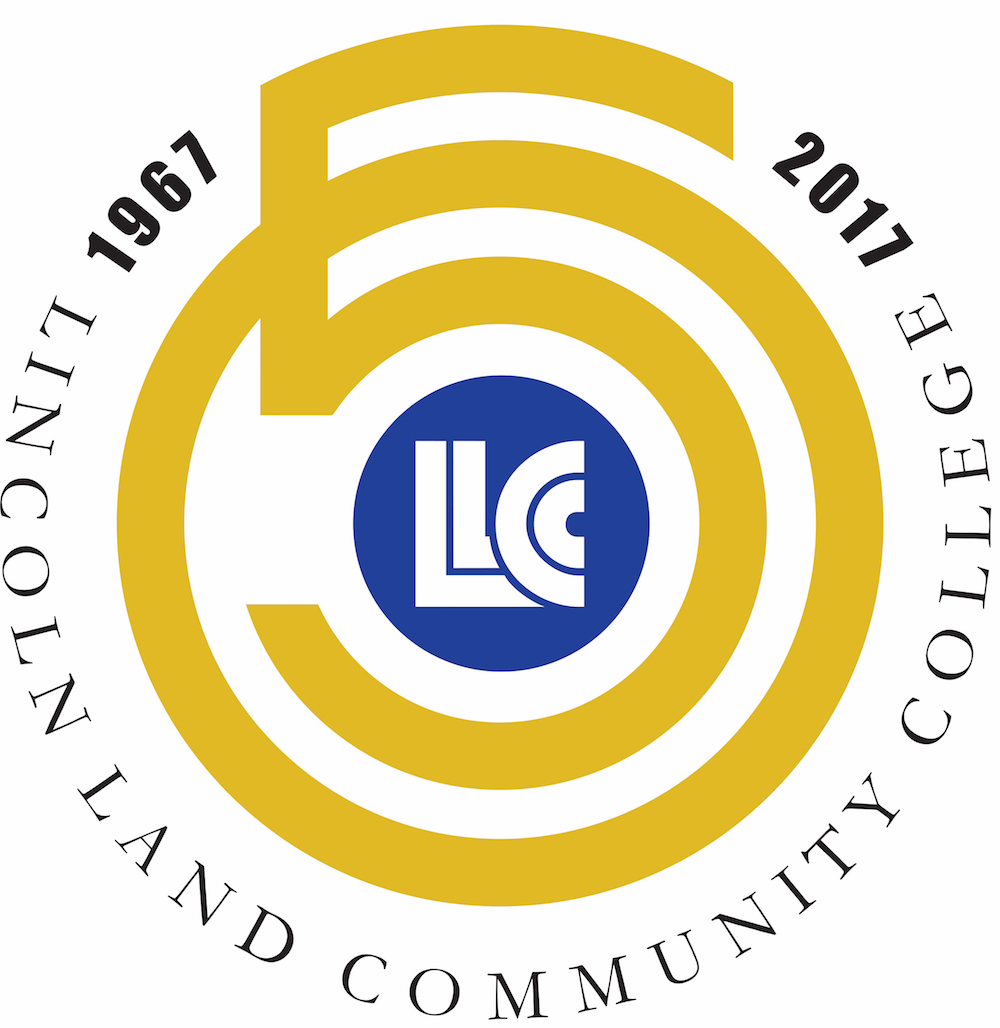 Do we have time, resources and reasons to celebrate this milestone?

Fifty years ago, a group of farmers and business people determined that despite myriad challenges, they had the time, resources and reasons to establish a college that would have a life-changing impact on thousands of individuals.

So we launched “50 FORWARD! An anniversary celebration.” FORWARD is the name of our college magazine and also set the tone of looking ahead as well as back. Here are some highlights of our year that might inspire you to take the plunge.

Enlist help. The LLCC Foundation’s executive director and I were asked to lead the effort, and we enlisted the help of three highly respected retirees of the college, who are still involved in part-time teaching and consulting. They formed committees of employees and students and oversaw planning.

Kick it off with a bang! Featuring a new 50th-anniversary logo created in-house, we provided T-shirts for all employees to wear to convocation, a gathering of faculty and staff the Friday before the start of fall classes. Convocation featured a fun, late-‘60’s theme with a VW bus photo booth, along with Tang and Pop-Tarts for breakfast. Despite the challenges ahead, the president urged everyone to think about the positive impact of the college over the last half-century, and what we do every day in the lives of students. We left inspired to carry out the following:

The 50 Photo. Employees gathered on the campus lawn in the shape of “50,” looked up and smiled as a photographer overhead took the photo that would represent the celebration. 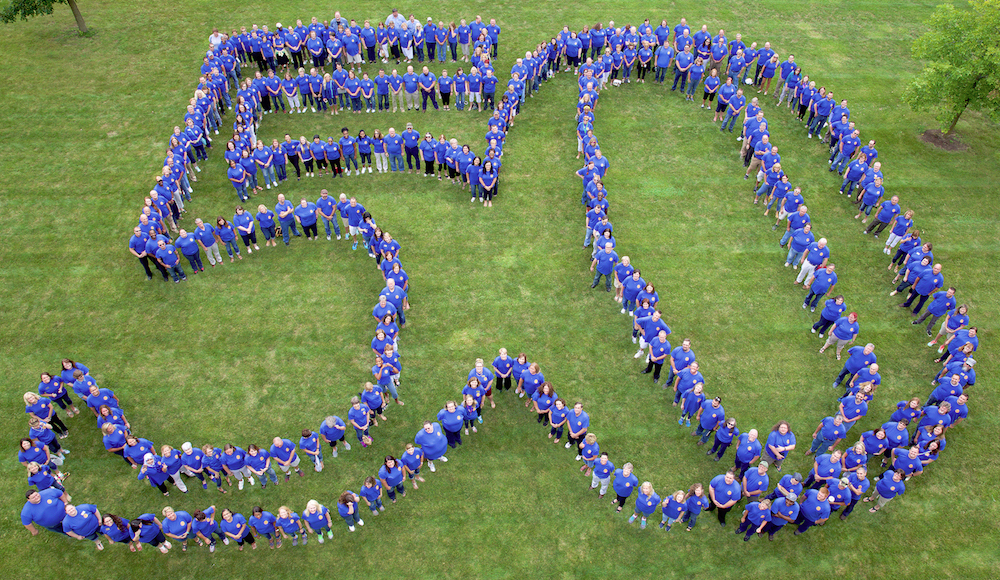 The 50 Webpage. We launched www.llcc.edu/50 with a history timeline of the college, news and photos of all events, names of 50 outstanding alumni and 50 acts of service completed throughout the year.

History of the College Book. A retired LLCC English instructor offered to write the history of the college, coinciding with our desire to produce a hardcover “coffee-table”-style book of historic college facts and photos. This serendipity led to “50 FORWARD! The First 50 Years of Lincoln Land Community College” which we sold for $20.17 and debuted at the Founders’ Day celebration.

Honor Founders. The “big event” was Founders’ Day, Saturday, Feb. 18, 2017, almost exactly 50 years after a referendum passed establishing the college. Speakers included our founding president, a founding faculty member, our current board chair, president and student trustee. We also recognized a founding trustee and our first student. To the delight of the capacity crowd, the LLCC Big Band played popular songs from 1967, and Phi Theta Kappa honor students revealed contents of a time capsule buried at the college’s 25th-anniversary celebration. One item in the capsule was a “letter to the future,” asking questions such as, “Is Europe a single nation similar to the U.S.?” “Is AIDS still a serious disease?” and “Are Cub fans still saying ‘wait until next year?’” The students then placed modern items, including a cell phone, in the time capsule, to be reburied and reopened in the future. 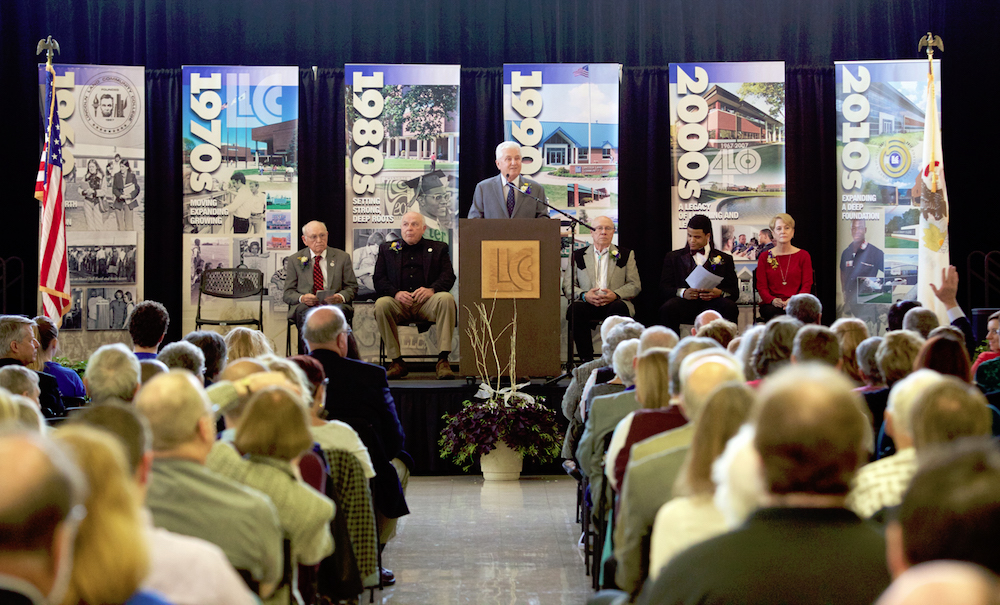 As the LLCC Big Band played a postlude of “You’re Just Too Good to be True” from 1967, attendees were directed to the college’s art gallery for “50 FORWARD: An anniversary exhibit.” Photos, artifacts and oral histories provided a sweeping look at the college’s beginnings through present day. The exhibit remained open for a month, and parts of the exhibit later traveled around our district.

Community Events. The four LLCC Outreach Centers across the district invited members of their communities in for celebrations held in collaboration with local Chambers of Commerce and elected officials. At one, a new street sign was unveiled marking a name change to “Lincoln Land Way.”

Gala and Commencement. The LLCC Foundation themed its annual gala to the late-1960s with attendees encouraged to dress in “Mad Men” style. Commencement 2017 provided the official culmination of the celebration, although the 50th logo will be used until the end of the calendar year. 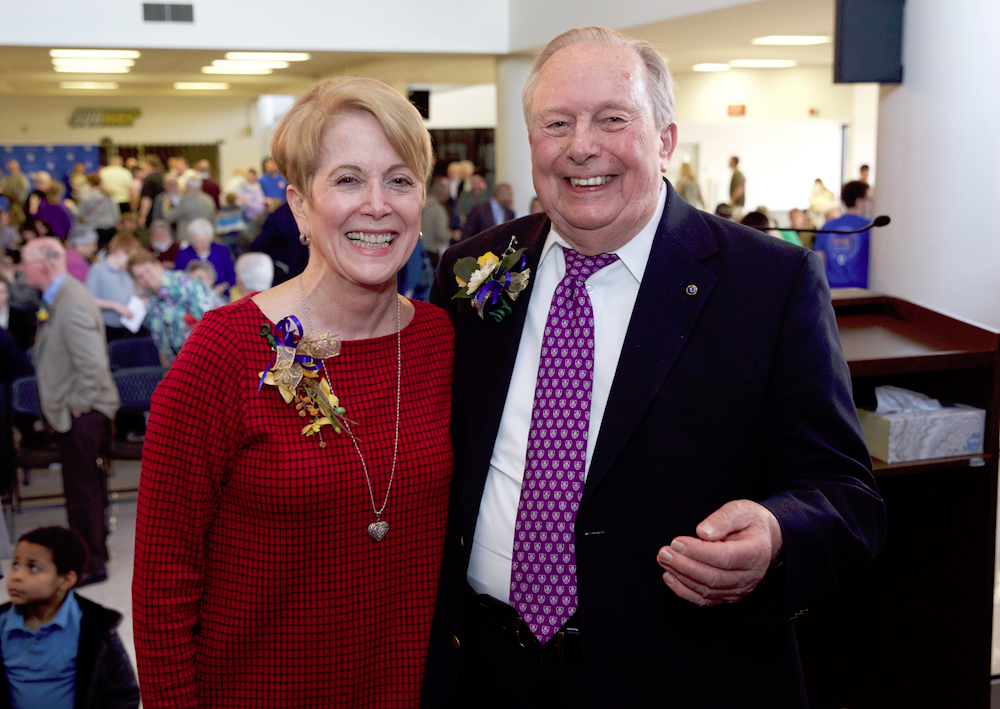 Looking back, we’re very glad we undertook this challenge – especially honoring our founders from 50 years ago who are still with us and recording their oral histories, producing an anniversary book, and archiving photos that will serve as references for the future. Taking time to absorb the vast impact of the college on its communities was unforgettable.

Now as we approach the age of 51, we hope the spirit of the celebration lives on. We again have a state budget, and we’re moving 50 FORWARD!

More details and photos of the LLCC 50th celebration are available at www.llcc.edu/50.

Lynn Whalen is the NCMPR treasurer, and the executive director, public relations and marketing at Lincoln Land Community College in Springfield, Illinois.