Weighing in on the Mayans and Marketing 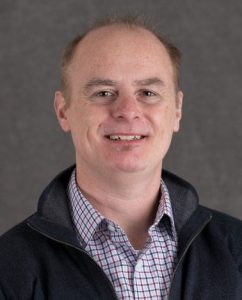 Since this is possibly my last entry before the pending apocalypse, I thought I’d weigh in on the whole Mayan calendar debacle.

The way I see it, the Mayans got lazy.

Think about it. The Mayans were the rock stars of Mesoamerica. They built pyramids, they mapped the stars, and they invented guacamole. Then they went and created a totally awesome calendar that was way more accurate than anything those hacks in ancient Greece could ever dream of making.

But they weren’t done. They kept up their winning streak by inventing the single most important thing in the history of the world. Perhaps you’ve heard of it: chocolate.

If I could lay claim to any two things ever invented by mankind, one of them would DEFINITELY be chocolate. (The other one? Jetpacks. Duh.)

After chocolate, the Mayans basically had nowhere to go but down. They sowed the seeds of their own creamy bittersweet demise.

How did it all go wrong? Like so many rising star cliches, the Mayans became victims of their own success and succumbed to the excesses of their rock-n-roll lifestyle. Think of them as the Jimi Hendrix of Pre-Columbian civilizations. 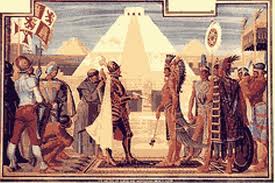 I can see it now. The Mayans were just kicking back, gorging themselves on golden goblets of Nestle Quick and serpent king-size bars of Godiva chocolate (work with me here) when all of a sudden a bunch of Spanish conquistadores in curvy silver helmets jumped off their ships and breathed on them, killing them instantly.

So what does this all have to do with marketing?

Build, don’t coast, on your successes.

In today’s “what have you done for me lately” world, you can’t afford to coast on past accomplishments. Successful marketing earns you credibility. And for us, credibility is more valuable than gold, so we must use it wisely.

In an environment where every dollar spent is under increased scrutiny, demonstrating stewardship is critical. However, as marketers, we’re used to living in a touchy-feely world of vague assessment. Did that ad really have an impact? Sure we can quantify the GRP and the clicks and even the survey responses, but at the end of the day how certain are we that it closed the deal? That’s where our credibility comes into play.

I find myself investing my credibility in what I like to call resurfing, or research surfing. I sometimes spend hours scanning articles and case studies about stuff I need to know to tackle my next project. For a small shop like mine (as in department of one), investing time to make informed decisions at the start of an endeavor results in less rework and fewer dead-ends along the way.

For instance, after five long years, we’re finally embarking on a website redesign. I can’t tell you how many articles I’ve read over the past few years about features, trends, rationale, and best practices of websites, but it’s been a helluva lot. Now I’m able to bring that experience to the table as our team develops a new site. Hopefully, all my homework will pay off, and we’ll come out on the other side with a site that meets the needs of our end users. Then I’ll take some of that experience and roll it into the next big thing on my list.

After perfecting their calendar, the Mayans gave themselves plenty of time (2500 years, give or take) to invent all sorts of other cool stuff. They probably thought, “What’s the rush? We got this.” Unbeknownst to them, as they were refining cocoa powder, the Europeans were busy making gunpowder. One can certainly argue that while nowhere near as tasty, gunpowder is infinitely more useful for winning intercontinental disputes.

Imagine if the Mayans had put some of that post-calendar R&D into Purell or Kevlar instead of hitting the two-millennium snooze bar? What would our world be like?

I bet there’d be a lot more pyramids but a lot less chocolate.

Jeff Ebbing is director of marketing and communications (a.k.a. the marketing guy) at Southeastern Community College in West Burlington, Iowa. He likes music, mustard and a good laugh. And chocolate.