As Professional Communicators, We Shouldn’t Be Silent on Racism. 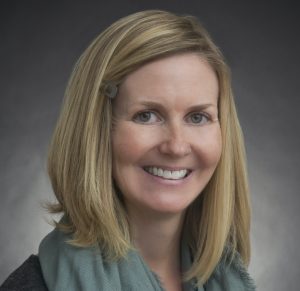 One of my favorite things about NCMPR is having the opportunity to travel to amazing cities across the United States. Whether traveling to a national conference or visiting conference sites in my previous role on the board of directors, I’ve been able to see parts of this great country that I never thought I’d have the chance to visit.

Perhaps I look back most fondly on my NCMPR visits to Charleston, SC. It is a magical city with amazing food, incredible architecture and friendly locals. It also gave me my first-ever chance to dip my toes into the Atlantic Ocean. For all of the fun adventures I had there, I also had a few experiences that stopped me cold – ones that I’m still grappling with.

The first was a horse-drawn carriage tour of historic Charleston. As we rolled through town, the tour guide shared rehearsed tales of Charleston’s history and its prominent citizens. About 15 minutes into the tour I realized something shocking – the guide had not mentioned “slavery” as part of Charleston’s history. In fact, the only time he uttered the word was while casually pointing out slave quarters behind a beautiful historic home. I was stunned and saddened. As an article in Charleston’s local paper points out, “The city was built on slave labor and, for nearly 200 years, thrived under a slave economy.” (Hicks, B., 2016) But here I was, taking what was billed as an “historic tour” that completely whitewashed Charleston’s brutal truth.

Several days later, I traveled to Sullivan Island which is sometimes awkwardly referred to as the “Ellis Island for Black Americans.” Thousands upon thousands of slaves traveled through this harbor on their way to a lifetime of bondage on U.S. soil. Some slaves were held on the island in what were known as pest houses, “essentially quarantined to ensure they were healthy enough to go to market.” (SC Picture Project) Silent and alone, I stood at the historical marker and tried to imagine the scene.

During my first visit to Charleston, I was there as a member of the NCMPR board of directors. We spent our time working on the national conference, which would take place the following spring. As part of building the conference agenda, conversation arose regarding how to address the city’s fraught history and, specifically, how or whether to acknowledge the horrific tragedy of the Charleston church shooting in 2015. I still remember how halting and uncomfortable that discussion was – some around the table supported prominent and bold action in addressing the shooting’s underpinnings of deep-seated racism. Others felt it was a topic best left alone.

And while we ultimately compromised on a way forward, what I remember most vividly is that the conversation happened in fits and starts, never gaining a rhythm with tension thick in the air. I walked away from it feeling disappointed in myself and, maybe even in my profession. In a room of almost exclusively white, professional communicators we couldn’t have an honest conversation about racism. How on earth could we help our institutions and our students have the discussions necessary to understand, to empathize and to ultimately help heal our nation’s wounds?

Recently, these experiences have been juxtaposed with the Black Lives Matter movement in my mind. And I lay this bare, as a white female I have little context or hope of offering insight or a path forward for reconciling our past with our hope for the future.

However, I do know with absolute certainty, that being silent hasn’t improved racism in this country. Being “polite” has only placed the burden of change exclusively on the backs of Black Americans. Racism will only be eradicated when white Americans decide it should be. As a white person, I have the distinct responsibility to work toward that end. And as a white communicator, I have an even greater responsibility to foster difficult conversations, speak out against injustice and to use my power to make sure all voices – not just white ones – are heard.

Aimee Metcalf is the assistant director of college relations at Central Oregon Community College in Bend, Oregon. She and her husband, Tate, also own Sisters Athletic Club. She was NCMPR District 7 director in 2017-18.